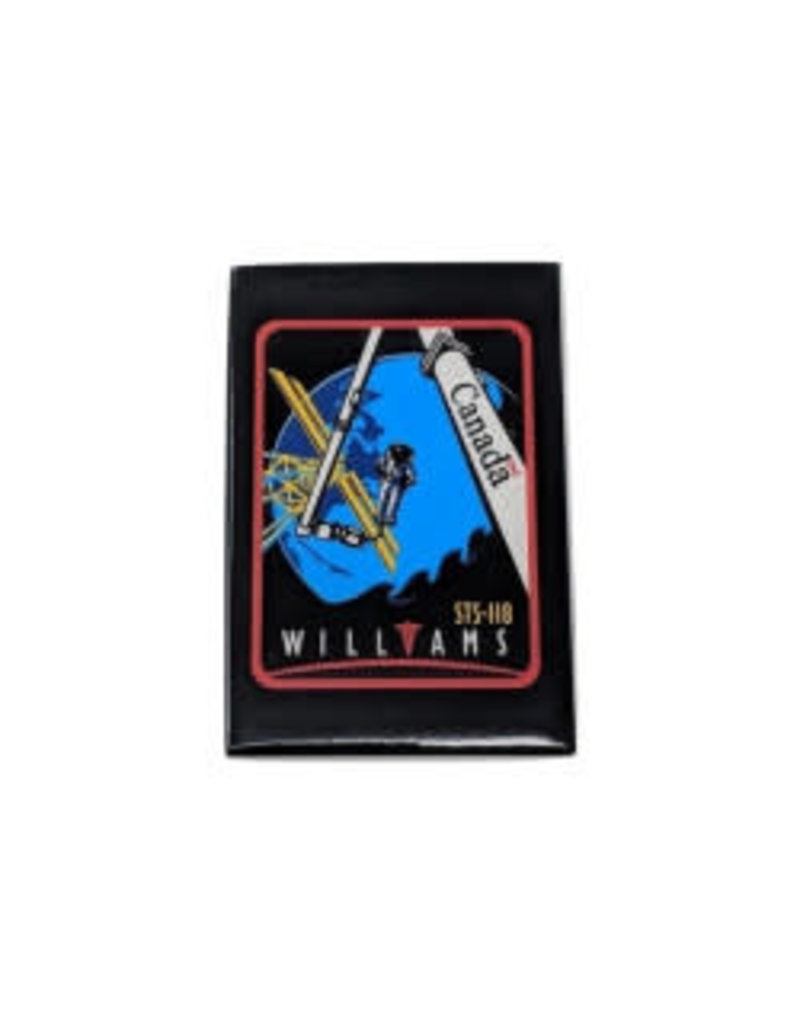 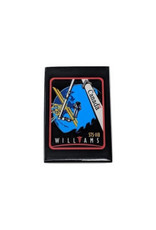 Launched on August 8, 2007, the top priority of mission STS-118 was to deliver and assemble the S5 truss segment to the International Space Station (ISS). Made in Canada. 5.5 cm x 8 cm

The Station's stylized solar arrays symbolize an infinite quest for knowledge through exploration. The inclusion of waves in the design, an ancient symbol of exploration, draws attention to the history of sea and space discovery while highlighting Dr. Williams' experience as the first Canadian to be both an astronaut and an aquanaut.The STS-118 appears just above the MS in WILLIAMS to underscore his role as Mission Specialist. The caduceus, symbolizing medicine, appearing in Dr. Williams' name represents his pride in being a physician and his role as crew medical officer during the flight. This Canadian emblem was designed by Mustapha Kerouch, a Faculty of Engineering student at McGill University in Montreal.