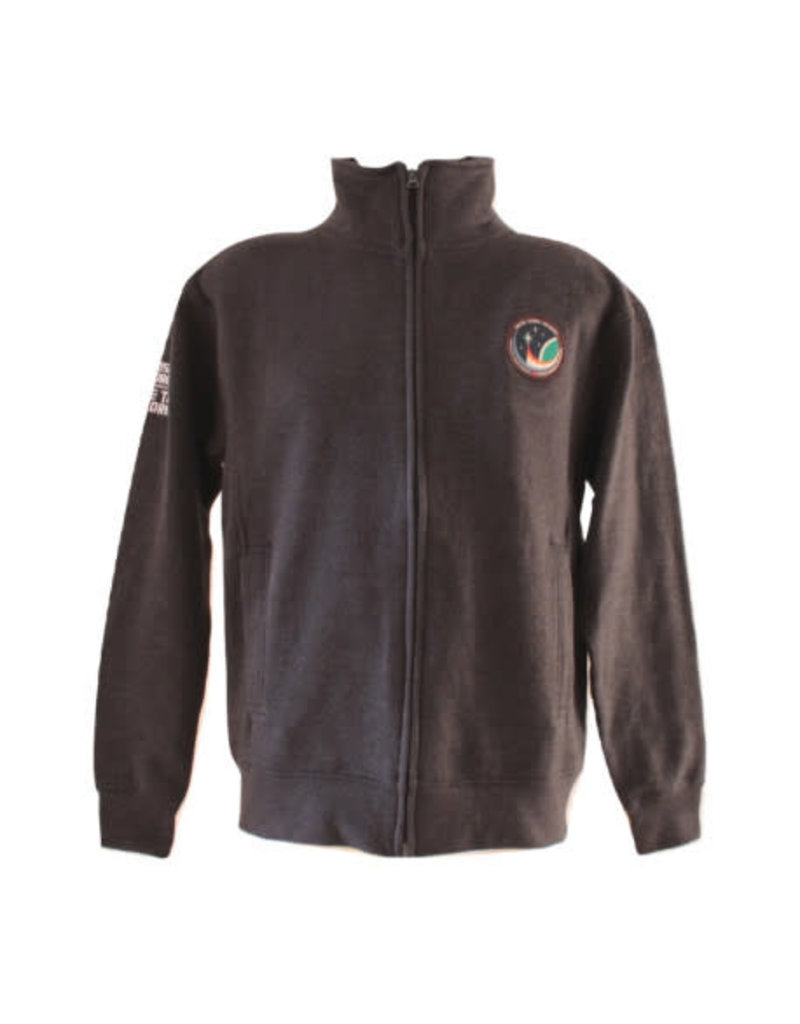 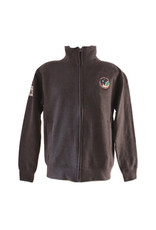 You'll look great on the go in this unisex, sophisticated full-zip sweater with stand-up collar.

David Saint Jacques' mission patch represents the power of dreams. By igniting human creativity and genius, dreams lead to progress. It also evokes the central role that space exploration has played in the evolution of our perspective of life on Earth. The North Star (dreams) and compass rose (reason) make up the central element of the patch. In the same way that these have provided direction for explorers, dreams guide and inspire us without becoming an end in themselves. The trail of the star is composed of four colours. Red (energy and passion), orange (creativity) and white (science) stand for the human ability to innovate and push the limits of what is possible. The blue portion is crescent-shaped, resembling the reflection off a lens, and symbolizes the international collaboration so crucial to the space program in the past, present and future. The other four stars represent the men and women who work behind the scenes, putting all their talent to work to ensure this Canadian mission is a success. They also signify the astronaut’s family, the shining constellation of which he is most proud. Finally, like a blue jewel in the universe, Earth figures prominently on the patch. From space, our planet can be seen in its full splendour but also in all its fragility. Space exploration gives us a new perspective on our world, fosters our environmental responsibility, and fuels our dreams of peace.