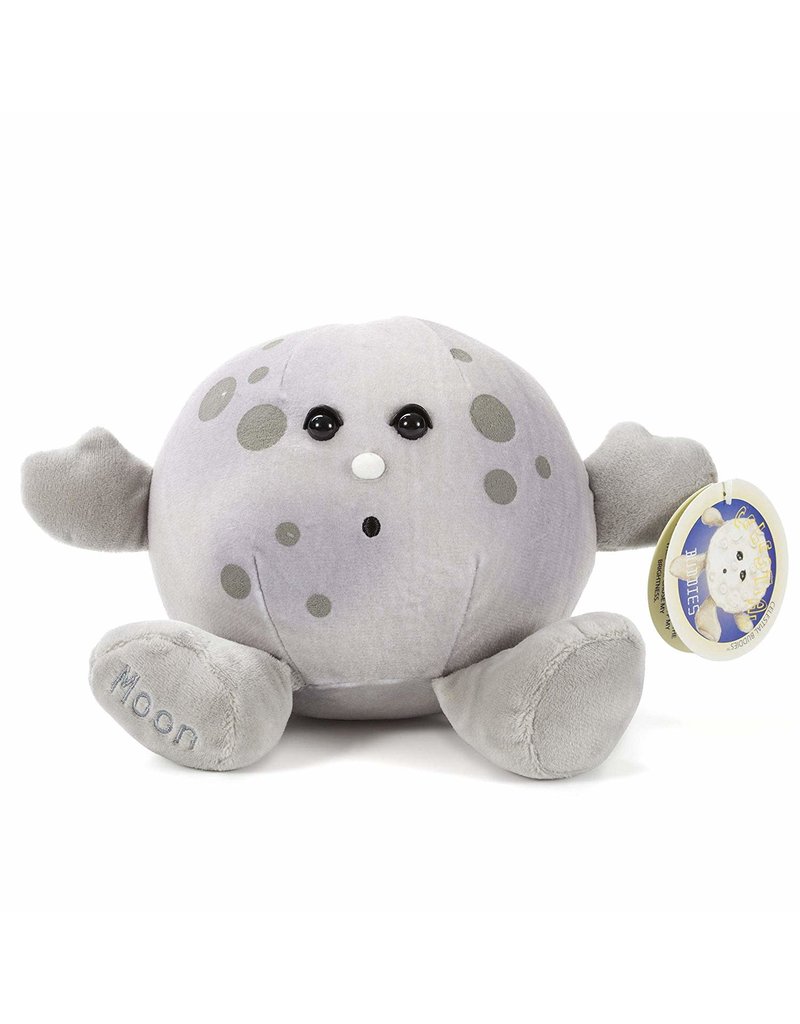 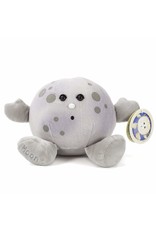 The Moon is a loyal and constant companion! The Moon is Earth's only natural satellite. The Moon is held in orbit by a mutual attraction to Earth's gravity. The ocean's tides are a direct result of the Moon's gravitational forces pulling on the Earth. The Moon was created when Earth was impacted by a massive object at the beginning of the Universe and the expelled material formed the Moon. The half million craters on the Moon's surface were created by impacting meteors and asteroids. The Moon doesn't emit its own light; it is the Sun's rays reflecting off the face of the Moon that cause its brightness. When seated, the Moon measures 5" tall and is recommended for ages 3 and up.